and you’re coming on the journey with me!

This site now has a custom icon that can be displayed on the iPad’s desktop and an ipad friendly layout, both of which I’m a huge fan and I secretly embrace the idea that I’m a tech nerd and flip through my own blog like I don’t know what I wrote just to see how fricking nifty the new Ipad layout makes my blog look.

In order for a visitor to add it, they must click the “+” button in Safari and tap “Add to Home Screen”. “Bookmark a Website to Your iPad Desktop” contains more detailed instructions and screenshot of this process.

I’ve bought a few gizmos for my Ipad, because I want to look like it’s lived in. You know how you had white tennis shoes and they were “too white” and you had to scuff them up so kids wouldn’t point and laugh at your new big fat q-tip looking feet?

Okay, so I’m a Shel Silverstein fan. (and by the way, he wrote for a “Gentleman’s Magazine” before and while he was a kid’s book genius) and this decal was too precious to pass up. (Giving Tree Decal $8.99 + S&H)

and then of course not already having Iphone Generation 267, I didn’t have experience with a touch keyboard, which I’ll admit, now that I’ve had the Ipad awhile, it’s easier, but I want a keyboard for those meetings where I don’t wanna look at the screen whilst I type. So I picked up this nifty diddy so that I look super studious. (Red Binder $49.99 + S&H)

Then, I’ve not really been able to work them well, but I hear that these are good ones to hook your Ipad to your tv or whatever. At least that’s what Amazon has said. I’ve already had one run in with them not working correctly, but I’m still going to keep trying. I might LIKE technology, I’m not always patient or good with it. (TV Wires $39.99) 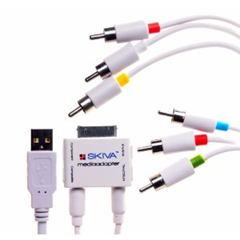 Now. Let’s talk apps. Because I like that word. It’s so 2011 is heaven. I know, it’s probably so two thousand and late, but I’m new to this Apple app worldly world and well, just let me feel cool….the kids in high school didn’t, so don’t make me get all guilt trippy with you.

Talking Tom is a completely useless app. It’s a cat that talks back to you. Get it immediately. Amuses you for five minutes while you panic that you just bought an 800 dollar tech item and all you can do is be mimicked by an animated cat.

Now I’m an email user and I have several accounts for business or personal or whatever. Ginbox is great because it has all of your inboxs under one icon or APP as the hip and delicious say. You can flip between email boxes or have them all feed into one. Either way, rock out, it’s something that I can use and well! Ipad intelligence increasing already!

Flipboard makes you the editor of your own magazine. Add your flickr, twitter, facebook accounts along with your favorite blogs and voila! everything you want to read in one place. I can flip through a blog, email myself any links I want to print or look more into. I can update my facebook using the handy little buttons. I love it. Flipboard is my go to when I’m in the gym and can’t make it through those last

Audiogalaxy rocks. I’m not a ITunes user and I don’t plan on changing my religion on this one. I can upload all my tunes to this site, create playlists and then play them through my Ipad. This means that even if I’m lazy and the upstairs computer is too far away to play my tunes, I can grab my handy dandy tech pad o’ love and play it right there.